With the economy the way it is and constant reports of poison in our processed foods, more people are looking to go organic or at least cut down on their "carbon footprint". Chicken coops seem to be popping up more and more. Not just in rural areas. No one in a rural area is going to build a special chicken coop. The chickens would be tossed into an old out building that isn't being used. But in urban areas, that doesn't cut it. I haven't seen any being built in my neighborhood, but I have read quite a few articles about coops being built.

I stumbled across THIS SITE along the way. For those that don't know how a chicken coop works, plans can be bought online. Crazy!! Too bad we didn't think of it first! We could be rich. Think anyone is interested in trapper shack plans??????

So you have the chickens, now what? No worries!! There is a book about that too!!! Learn everything you need to know about chickens! It is funny to think that there are people out there that don't know about chickens, but I guess it could happen!
Posted by Karen at 10:07 PM 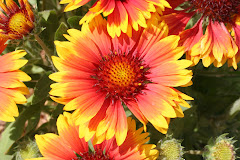